Why Trump is good for Morocco

It is a famous advertising line that Morocco was the first country to recognize the British American colonies (thirteen), at the heist of the American revolutionary war in 1777, which culminated in the signing of the Treaty of Marrakech (also called Treaty of Friendship) on the 28th of June 1786. This treaty, which is one of America’s longest standing treaties, stands as living proof of how longstanding Moroccan-American relations are. At the time, the Sultan of Morocco Mohammed III wanted to open Morocco’s ports to this newly formed nation, as it recognized its eventual importance in trade, especially in the Atlantic. That vision turned out to be a wise decision by the ruling sultan at the time.

Fast forward to 2018, and one can say that both countries, are still in mutual respect and admiration. Without going into the history of modern relations between Morocco and the United States, we can just dissect how the Trump doctrine has played in favor of Morocco’s interests, albeit the public shaming or twitter threats. There seemed to be an ongoing relationship between Late King Hassan II and Donald Trump, the evidence of that is the picture taken in the famous Plaza New York hotel, in January of 1992, in which the former businessman, and his former wife, are shown to be joyous around the presence of the King. Little is known about that meeting, and I have yet to find any primary or secondary sources that describe that encounter. Was it a business dealing ? were Moroccan interests discussed at the time? Did Trump have any interest in meeting the King? I’m happy to receive any information on this if anyone has.

However what I can look at, is what is publicly available, and that is the diplomatic efforts or political communication that happened since Trump’s inauguration. First of all, Donald Trump as of recently has literally shut down the U.S government to leverage the Democrats into giving him enough funding for a wall to be built between the U.S and Mexico. Donald Trump, believes that one of the countries that has successfully done such a feat with the construction of its “Berm” or desert wall , to fend off the POLISARIO (a separatist movement,   short for : Frente Popular de Liberación del Sahara y Río de Oro), is Morocco, and that’s why it prompted him to suggest Spain does the same within the Saharan desert. This explains why during his campaign, in 2016, he actually used footage of the Moroccan border fence with Spain, to showcase the utility of building a wall to fend off economic migrants. Secondly, Donald Trump, did not include Morocco in his list of countries on a visa ban, although arguably a large proportion of terrorist attacks that have been carried in Europe and elsewhere has been by Moroccans, therefore we can say that his administration regards his relations with Morocco with the same scope of importance (though to a lesser degree) as Saudia Arabia…

Thirdly, although Donald Trump was adamant and threatening regarding the U.S, Canada and Mexico bid for the 2026 World cup, he framed it in a way, consistent with his nationalistic approach to prompt allies to be supportive of his country’s bid, rather than pure opposition to Morocco’s bid. In essence, as far as I can tell, he did not mention Morocco at all in his tweets, but put the focus on ‘allies’ that were not supportive. 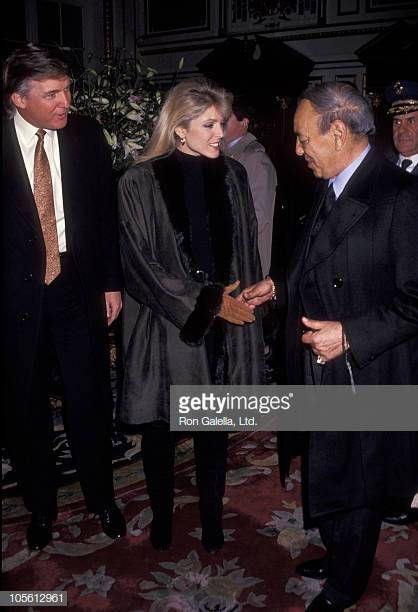 Fourthly, Morocco’s approach towards national security, and counter terrorism, sits well with the administration, as a former US Congressman, Christopher Shays, eloquently put it : “Morocco is not a security free-rider, hiding beneath the U.S. security umbrella and swallowing U.S. funds, but instead shares its capabilities and experience to professionalize its African neighbors, acting a multiplier effect for the U.S.’ efforts on the continent.” This is the sort of policy view, that makes the Trump administration not perceive Morocco as simply a country swallowing US funds, but rather as a proactive partner, keeping the ‘evil forces’ at bay, be it economic migrants, or drug trafficking.

Also, it is not impertinent that Nasser Bourita, Morocco’s foreign minister, decided to give an exclusive interview to Breitbart News – a far right news outlet- (Donald Trump’s former chief strategist – Steve Bannon being its executive chairman) courting the US position on Iran, and showing support for its containment in North Africa.

Finally, if one analyzes who the Trump administration nominated as the national security adviser – John Bolton- and ambassador to Morocco – David T. Fischer; the former being a deal breaker, seeking to shorten the MINURSO mission, to pressure parties into a deal (think saving money for the UN) and the latter, being a businessman in the automobile industry, highlighting the fact that Trump seeks to utilize the free trade agreement his country has with Morocco to further economic relations, rather than focus on the political aspects. This highlights how the Trump administration seeks to capture fast political wins, in favor of more economic benefits (the trade balance being in favor of the US, makes Morocco less of a target for the American ‘tariff war’). There a few tension areas however between the countries, but they remain minor to the core strategic thinking of both countries – like Morocco’s condemnation of the US decision to move its consulate to Jerusalem from Tel Aviv- for example, it being external to bilateral relations, and do not alter the immediate geopolitical calculus or strain the diplomatic channels in any prolonged way.

In short, to analyze the prism of Moroccan-American relations currently, one should focus on what has not been said, or done, rather than the contrary. In that fashion, one can recognize that the countries’ relations are friendly, and are still partners; I wouldn’t be surprised if Trump had a nice Riad in Marrakech, and a few other business dealings in the country, therefore seeing the country as a nice ‘golfing’ destination, and not one to brush the wrong way, if he is serious, eventually, to have more business dealings in West Africa for example (regardless of the derogatory comments he’s made in the past about ‘shithole’ countries). If you look at the recent decision to unilaterally leave Syria, and reduce troops in Afghanistan and Iraq, this administration is not interested in getting involved in geopolitical quagmires abroad (Senator Rand Paul being a lonely advocate for this policy, one which I’ve shared myself for a few years), for it does not serve its direct strategic national interests, which translates into less of a chance of getting involved in the Western Sahara issue – at least militarily. To conclude, if Trump doctrine is putting America first, and seeking isolationism, than that has the indirect benefit, arguably of putting Morocco closely- second.

View all posts by admin →